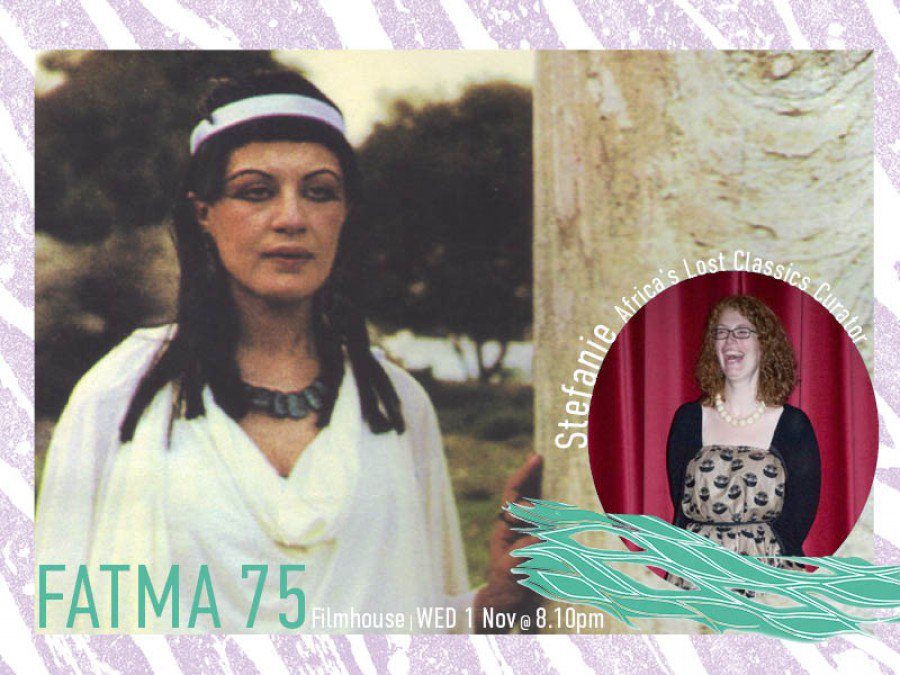 I have worked on and off in different positions for AiM since 2007. It was first established in 2006, so I only really missed one year of films. I have loved the festival with all my heart from the start. Each autumn, around the end of September of the start of October, I feel it getting closer and I love the falling of the leaves and the increasing chance of rain and storms for the season of African films that is approaching with it.

In the first year I worked for AiM, I was a volunteer and I did a bit of everything. It was super fun and it gave me the chance to see loads of films. My absolute highlight that year was seeing Assia Djebar’s La Nouba on the big screen. Ever since, I have tried every year to also get a chance to screen Fatma 75. It is a film from the same year, made in the same feminist spirit, and also trying to rectify a great wrong in history, namely the forgetting of women’s roles as crucial contributors to a country’s liberation, reputation and general development.

But Fatma 75 was lost. Not a single sales agent or distributor had it on their catalogue, and so I contacted the filmmaker and visited her at her home in Tunis. But even she only had 1 version of it, with Dutch subtitles. How lucky was I! Dutch is my first language, so we watched the film together and I was as blown away as I thought I would be. I loved it. It was for me a new genre of film: very essayistic and yet easy to understand and feel empathy with the characters. You also immediately sense that this is a strong and proud filmmaker you are dealing with…  It was like a coup de foudre.

Selma Baccar gave me a copy of the film, which I treasure with all my might. Because of our opportunity to not only screen but also to restore films this year with the Africa’s Lost Classics project, that was first and foremost on my mind: Fatma 75 needed to be saved from the archives in Gammarth, and restored, subtitled in English, and digitised. This is the very first time and the first place the film is being screened with English subtitles! A world premiere!

SO… This is your chance: grab it! Come see Fatma 75, come meet its formidable filmmaker, and see how amazing women have ALWAYS existed in Tunisia: from Sophonisbe the Carthaginian princess to Jalajil the former slave who set up girls’ schools, to Selma Baccar herself, Tunisia’s first female filmmaker.