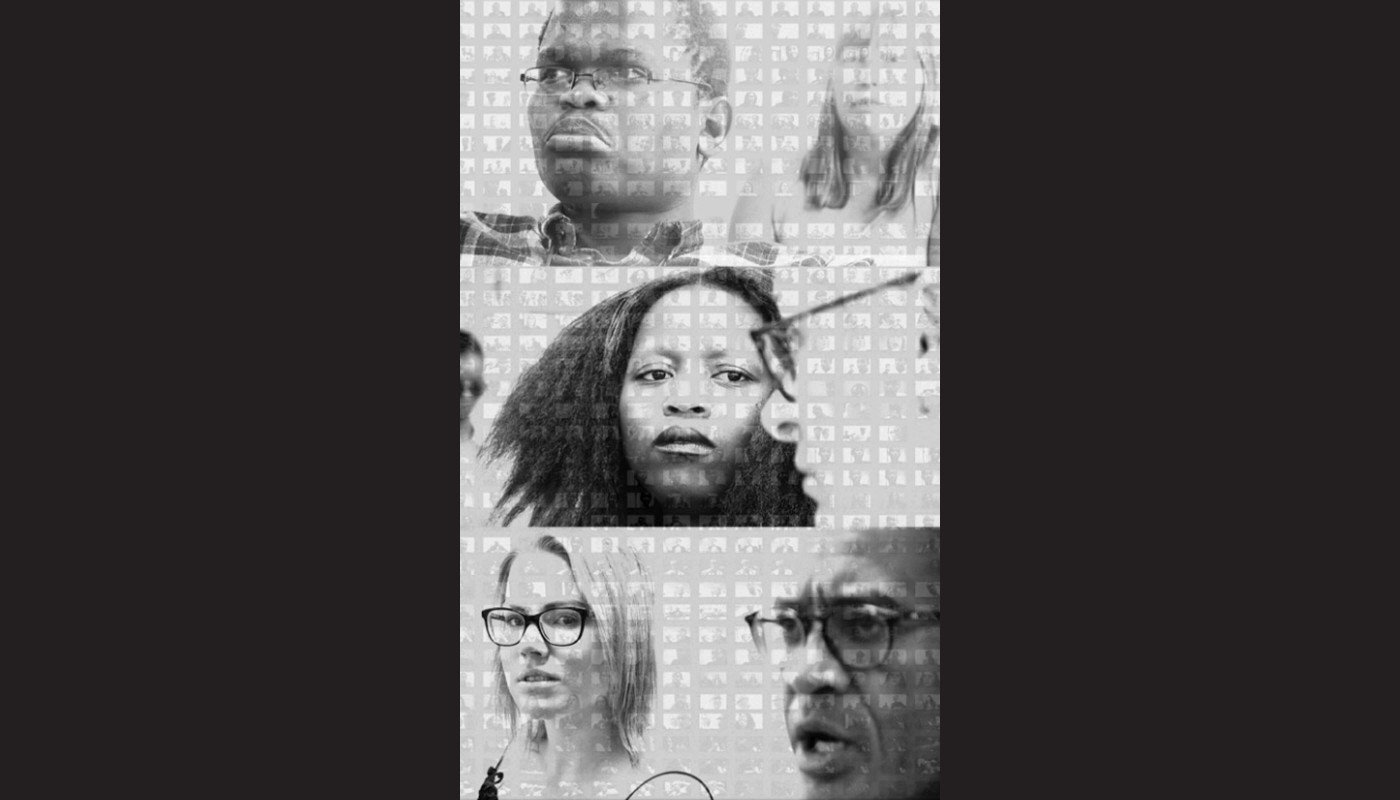 In 2015, protests erupted across South African universities. Nationwide, students gathered under the motto #FeesMustFall to demonstrate against rising tuition costs, and to issue a wider call for the decolonisation of the country’s higher education system. These are challenges that reverberate beyond the walls of the South African academy. They emerge in a Rainbow Nation that has failed to materialise for the youth of the country’s “born free” generation.

In Metalepsis in Black, Aryan Kaganof explores the protests and philosophy of the Fees Must Fall movement, and tracks responses to it from the state and from within the academy. Shot predominantly in black and white and refusing a linear structure, this is a nuanced and creative film that destabilises expectations of documentary form. Its fluid, unpredictable and sometimes unsettling style reflects the energy, complexity and anger of the Fallist movement, dramatising its efforts to produce something new from the old.

This event was curated by film scholars Finn Daniels-Yeomans and Rebecca Duncan, and will be followed by a discussion.