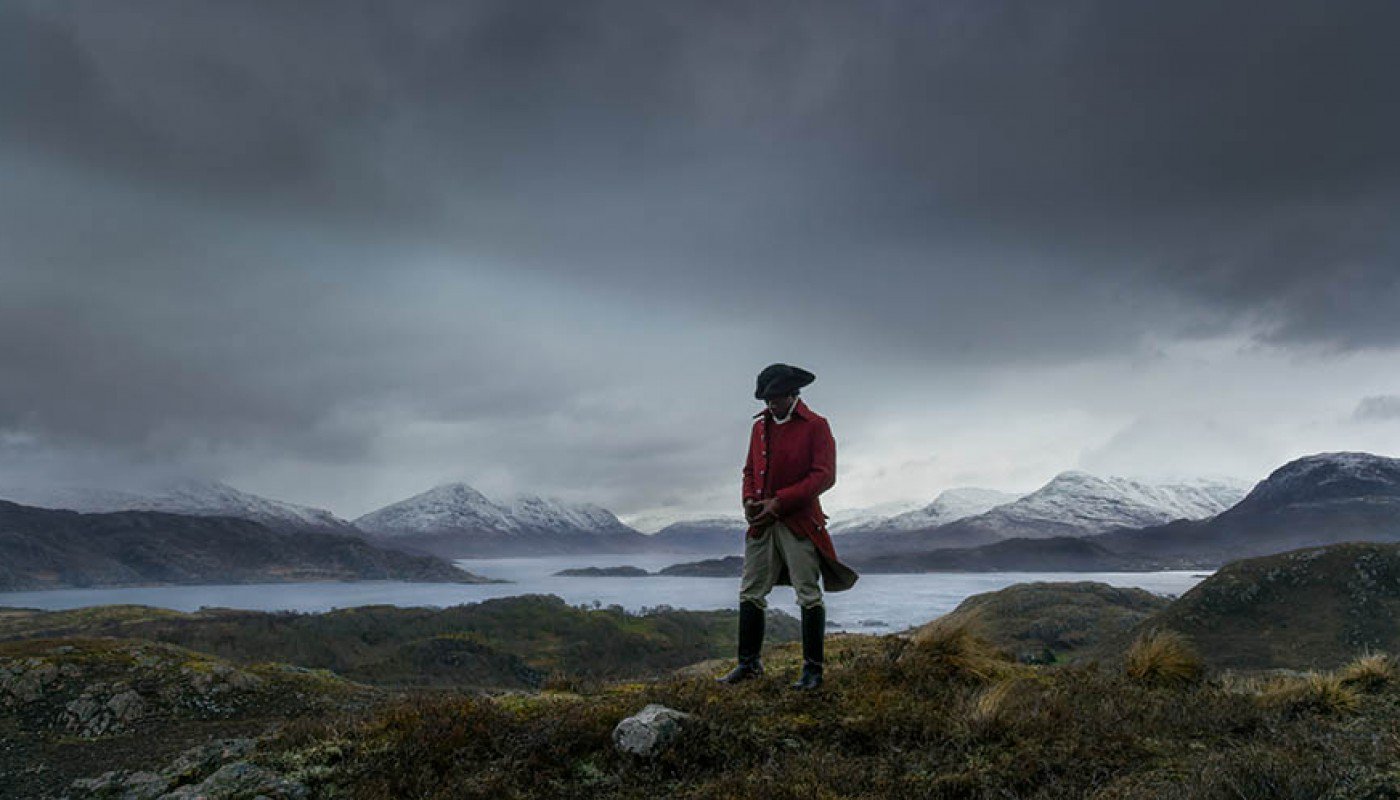 At Talbot Rice Gallery ‘Vertigo Sea’ (2015), which lends its title to the exhibition, is shown alongside ‘At the Graveside of Tarkovsky’ (2012), a monumental video and sound installation that exemplifies Akomfrah’s move from film and television to embrace the possibilities of the gallery environment. Part-filmed in Scotland, both films elegise the sea and use it as a metaphor for those lost to both recent and historic memory. Evolving from his work with the Black Audio Film Collective (beginning in 1982) they embody a political desire to allow those forgotten, displaced or repressed by history to haunt the present in order to inform alternative futures.